WEST RICHLAND, WA—Stating the film is still the most accurate depiction of the experience, staff members at Valleyview Church are reportedly utilizing footage from dystopian sci-fi series The Hunger Games as training for its vacation Bible school volunteers.

The dozens of volunteers were seated in the sanctuary and shown violent footage from several of the films as a worker narrated Katniss Everdeen’s techniques for making it through the fight to the death in one piece. 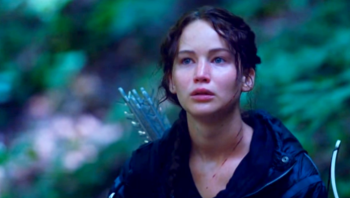 “See how Katniss finds a safe place in a tree and hides from the roaming bands of bloodthirsty kids? That’ll be you a few weeks from now,” a children’s ministry worker said as she pointed out the various elements of the protagonist’s survival skills that helped her to win the fictional battle royale. “You can’t get too attached to your fellow workers or kids, or you won’t be ready to do what is necessary to make it out alive.”

“It’s every man for himself out there,” she added. “You’ll need to keep your wits about you if you’re going to survive this.”

The ministry leader somberly instructed volunteers to look to their left and their right, claiming that “of you and the person seated to your left and right, only one will make it through.”

At publishing time, sources had confirmed that all volunteers were also required to read William Golding’s classic Lord of the Flies ahead of the event.

This entry was posted on Monday, June 12th, 2017 at 9:04 am and is filed under Babylon Bee. You can follow any responses to this entry through the RSS 2.0 feed. Both comments and pings are currently closed.