Probably seemed like a good idea at the time

Florida Man Googles ‘How To Rob A Bank,’ Later Arrested For Bank Robbery

A Florida man who police say googled “how to rob a bank” is now behind bars for committing a bank robbery.

Authorities say 26-year-old William Johnson approached the teller, said he had a gun and demanded money. Johnson then fled with an undisclosed amount of cash on foot. 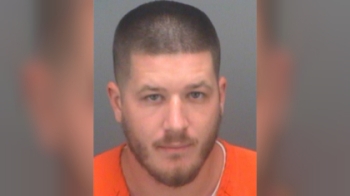 Authorities later found Johnson at an Express Inn where he was taken into custody.

The Pinellas County Sheriff’s Office says Johnson admitted to googling “how to rob a bank” because he was in need of money.

The suspect also admitted that he planned to rob a different bank but changed his mind when he saw the teller was a large male.

Detectives say Johnson used the stolen money to pay for rent, utilities and a drug binge.

This entry was posted on Wednesday, November 8th, 2017 at 8:37 am and is filed under circus of life. You can follow any responses to this entry through the RSS 2.0 feed. Both comments and pings are currently closed.