Things we’ve learned from the movies

❧ Loft-style apartments in New York City are within the price range of most people whether they’re employed or not.

❧ Television news bulletins usually contain a story that affects you personally at that precise moment.

❧ The Eiffel Tower can be seen from any window in Paris.

❧ Laptop computers are powerful enough to override the communications system of any invading alien society.

❧ If you’re outnumbered in a fight involving martial arts, your enemies will wait to attack you one at a time, dancing around in a menacing manner until you have knocked out their predecessors.

❧ When you turn out the light and go to bed, everything in your bedroom will still be clearly visible, just slightly bluish.

❧ During all police investigations, it will be necessary to visit a strip club at least once.

❧ Anyone can land an airplane as long as there’s someone in the control tower to talk them down.

❧ The ventilation system of any building is the perfect hiding place. No one will ever think of looking for you there, and you can get to any other part of the building without any difficulty.

❧ You’re likely to survive any battle in any war unless you make the mistake of showing someone a picture of your sweetheart back home.

❧ A real man will remain stoical while taking the most ferocious beating, but will wince when a woman tries to clean his wounds.

❧ All bombs have electronic timing devices with large red readouts so you know exactly when they’re going to go off.

❧ A detective can only solve a case once he’s been suspended from duty.

❧ If you decide to start dancing in the street, everyone you bump into will know all the steps. 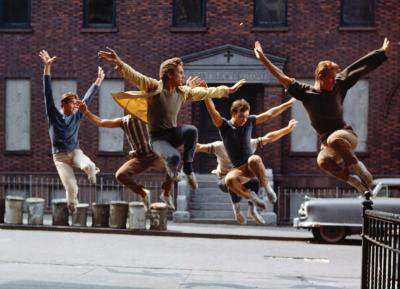 This entry was posted on Thursday, May 3rd, 2018 at 9:51 am and is filed under circus of life. You can follow any responses to this entry through the RSS 2.0 feed. Both comments and pings are currently closed.

33 Responses to Things we’ve learned from the movies