An oldie but goodie.

Late one night a burglar broke into a house that he thought was unoccupied. He hadn’t gotten far when he heard a voice say, “Jesus is watching.”

After a brief silence the voice repeated, “Jesus is watching.”

The burglar looked where the voice seemed to be coming from, and spotted a parrot in a cage.

“Jesus is watching,” repeated the parrot.

“Shut up, you stupid bird,” said the burglar.

“The same idiot who named the Rottweiler Jesus.” 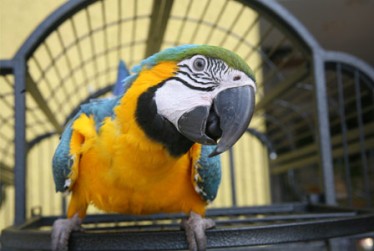 This entry was posted on Sunday, April 24th, 2022 at 10:55 am and is filed under animal crackers. You can follow any responses to this entry through the RSS 2.0 feed. Both comments and pings are currently closed.