some of life’s unanswered questions 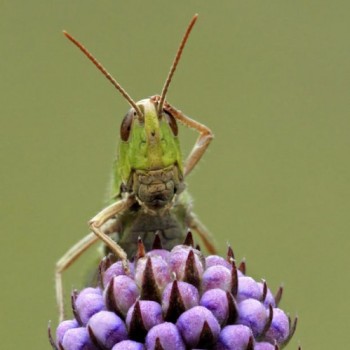 Who is this Rorschach guy, and why does he paint so many pictures of my parents fighting?

Is anything easier done than said?

Do websites in the U.K. use biscuits instead of cookies?

Is the S or the C silent in the word “scent”?

Can you yell “Movie!” in a crowded fire station?

Why is it that children can’t read the Bible in school, but they can in prison?

If I slap you with a dictionary, would that be a physical or a verbal assault?

Would you go to someone’s funeral who didn’t go to yours?

If Apple made a car, would it have Windows?

Why are Zoe and Zoey pronounced the same, but Joe and Joey aren’t?

Why are you driving me crazy when you know it’s within walking distance?

What if there were no hypothetical questions?

If a Dodge Stealth hits a Mitsubishi Mirage, did an accident really happen?

If a deaf person swears, does his mother wash his hands with soap?

Why does a small tax increase cost you two hundred dollars but a large tax cut saves you fifty cents?

If someone with multiple personalities threatens to kill himself, is it considered a hostage situation?

Why is it called tourist season if we can’t shoot them?

If we find life on other planets, what will happen to the Miss Universe pageant?

Is there another word for “synonym”?

Why do people think they can just waltz into my room, when what I’m listening to is clearly in 4/4?

If you choke a Smurf, what color does it turn?

If a 911 operator has a heart attack, whom does he/she call?

Why do things always seem funnier when you’re not allowed to laugh?

If money doesn’t grow on trees, why do banks have branches?

Where do forest rangers go to get away from it all?

If a homeschooling mom is talking to herself, is she crazy or is it a parent-teacher conference?

If all is not lost, where is it?

Would a fly without wings be called a walk?

If Barbie is so popular, why do you have to buy friends for her?

How do they get deer to cross the road only at those yellow signs?

Why do psychics have to ask you your name?

If we can just take on infinite debt, why have taxes at all?

Why are there five syllables in “monosyllabic”?

Why do they lock gas station bathrooms? Are they afraid someone will clean them?

If a turtle doesn’t have a shell, is it homeless or naked?

If your car could travel at the speed of light, would the headlights still work?

Why do they call it Alcoholics Anonymous when they make everybody say his name at the beginning of the meeting?

If the police arrest a mime, do they tell him he has the right to remain silent?

How much deeper would the ocean be without sponges?

Why do they put Braille on the drive-through ATM?

Can a funeral home raise the cost of burial and then blame the increase on the cost of living?

What was the best thing before sliced bread?

Why do banks charge a fee on insufficient funds when they already know there isn’t enough money?

If Jimmy cracks corn and no one cares, why does he keep doing it?

How do you know when you run out of invisible ink?

We have enough youth. How about a fountain of smart?

If we are what we eat, why aren’t we all New, Improved, and Lite?

What if the Hokey-Pokey really is what it’s all about?

Why doesn’t Tarzan have a beard?

If a woman’s place is in the home, why am I always in my car?

When Geronimo jumps out of an airplane, does he yell “MEEEEEE!”?

How can one careless match start a forest fire when you can’t start a campfire with a whole book of matches?

If one synchronized swimmer drowns, do the rest drown, too?

What is the speed of dark?

Should I save styrofoam peanuts in case I ever meet a styrofoam elephant?

If you ate both pasta and antipasto, would you still be hungry?

Why don’t sheep shrink when it rains?

If a book about failure doesn’t sell well, is it a success?

Whose cruel idea was it for the word “lisp” to have an “s” in it?

Ever notice that the Roman numerals for 40 are “XL”?

Why are hemorrhoids called “hemorrhoids” instead of “assteroids”?

Why do kamikaze pilots wear helmets?

Why is there an expiration date on sour cream?

If ignorance is bliss, why aren’t more people happy?

Why do electric irons have a setting on them for permanent press?

Why do you “put your two cents in,” but it’s only “a penny for your thoughts”? Where’s the extra penny going?

If I use up all my sick days, do I need to call in dead?

What disease did cured ham actually have?

If poison expires, is it more poisonous or is it no longer poisonous?

Who stopped payment on my reality check?

How is it that we managed to put a man on the moon before we figured out it would be a good idea to put wheels on luggage?

When deaf people go to court, is it still called a hearing?

What if soy milk is just regular milk introducing itself in Spanish?

Why is “bra” singular and “panties” plural?

Can a hearse carrying a corpse drive in the carpool lane?

If Wile E. Coyote had the money to buy all that ACME stuff, why didn’t he just buy dinner?